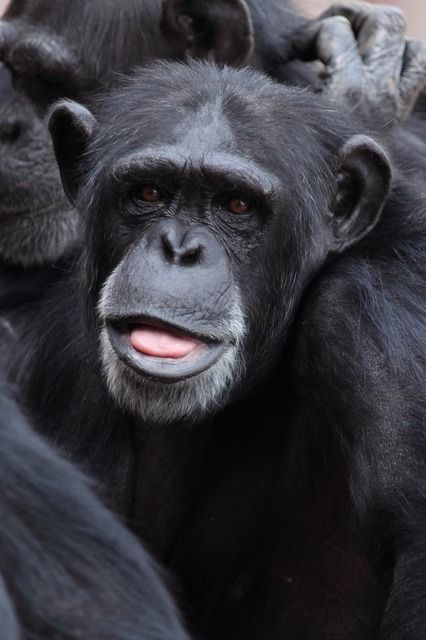 Kibale National Park lies east of Ruwenzori Mountains in Southeastern Uganda. The 795 square kilometers of moist evergreen and semi-deciduous forest is home to a diverse community of organisms, including 13 primate species and 1200 East African chimpanzees (Pan troglodytes schweinfurthii). There are three chimpanzee communities in Kibale that are partially to fully-habituated to humans for research (another community, located at Kanyanchu is habituated to humans for tourism).

The Ngogo Chimpanzee Project works with the Ngogo chimpanzee community of over 200 individuals, the largest group described in the wild thus far. Research topics have included social, mating, hunting, territorial, and gestural behavior among the community and how it is influenced by the unusual demographics of the community. The project also non-invasively collects biological materials, such as feces and urine, for endocrinological and genetic analyses. Learn more about the project on their website.

The Kibale Chimpanzee Project is a long-term field study established in 1987 observing a group of approximately 60 individuals in the Kanyawara region of the park. The study of free-living chimpanzee ecology, behavior, and physiology has produced data and research on social behavior, group behavior and composition, tool use, hunting, forest phenology, hormonal and genetic analysis, and much more. Learn more on the project's website.